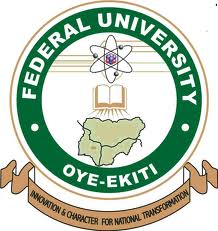 LATEST information reaching our news desk today, is that the Federal University Oye-Ekiti, popularly known as (FUOYE) has been shut down, not by the state or federal government or through student riots, but by the staff of the academic institution, our correspondent reports.

According to information mailed to us by correspondent, the main reason why the staff of the academic institution took such drastic action, was due to alleged plan by the management to sack all staff who participated in a recent protest against the Fuoye Vice Chancellor.

if you could recall, the staff had earlier in December protested against the Vice Chancellor for reasons which include refusal to pay their allowances and other minor issues.

We were also able to gather, that the aggrieved staff ordered other staff out of the institution before locking all entrances to the school, thereby, stopping all academic activities that day.

However, the Police Public Relations Officer, Mr. Victor Babayemi also confirmed the development but said he was yet to be properly briefed by the school VC.