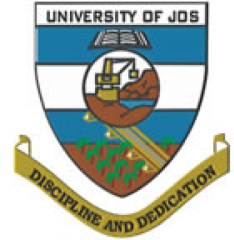 Latest news reaching the Dailyschoolnews.com.ng team wish to inform and notify members of the general public, that the University of Jos (publicly known as Unijos) has been shut down indefinitely by the school management board, following a protest, which was staged by students of the academic institution over hike in fees, which later turned violent.

The protest, which commenced yesterday morning with students holding university administrators hostage in their offices, ended late in the evening of same day.

According to our correspondent, who disclosed to us that some security officials where later called into the school to help calm the tension around the school.

However, a soldier who is attached to the Special Taskforce on Jos crisis (STF), instead of calming the situation opened fire on protesters leaving at least 8 students with gun wounds including a blind one! which is very sad, considering the fact that the school never asked the soldiers to shoot.

We were also informed that the University of Jos Registrar, Jully Dandam, after seeing the damage and everything, gathered the school board together and they finalized that there would be an indefinite strike!

We were also informed that the academic institution management board, had also ordered all students to vacate the campus before 2 p.m. today as a way of halting the violence and stopping the crisis from spreading to other parts of the state.

But the good news is that no student died from the protest.