Latest educational news reaching our news desk this morning, is that the Okeke female hostel at University of Nigeria, Nsukka UNN, was seriously razed by fire on the 23rd of December.

Information shared by an eye-witness who saw everything, disclosed that the fire started as a result of a spark from the wire when the school generator supplied power to the hostel during the night hours.

According to the eye witness, who disclosed that this is by far, the worst fire incident in the university as neither the Dean of student affairs, the director of works department nor the Chairman of Service who came around was able to save the situation, because it was totally razing through the building and nothing stood in it’s way. 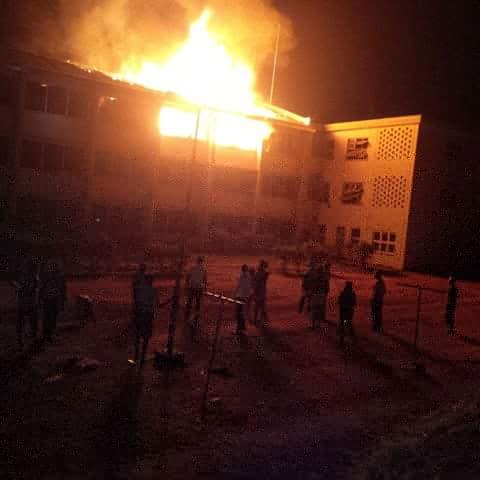 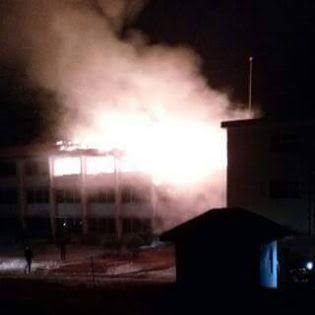 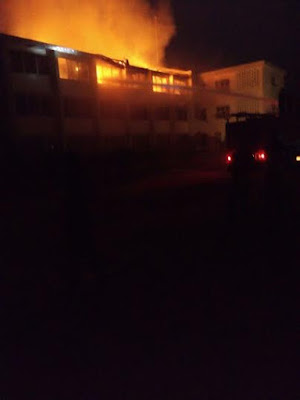 The eye witness disclosed that the most painful moment they witness, is when the men of the fire service who came around were incapacitated as they had no water in their tank to stop the fire.

Even at the location right there is the UNN director of works and he could not do anything, mainly because of the lack of water experienced by the school, there was lack of water in both the hostel and the neighbouring outing ones, which automatically made even students who came to rescue the situation handicapped.

However, Men of the fire service returned after the whole of 300 series which is a total of 34 rooms had perished, thereby rendering 136 or more students homeless and useless as all their documents, property, and even possibly, compulsory laptops for which some are yet to pay up, have all gone up in ashes.

Please take note that in just 365 days, a total number of three (3) female hostels in UNN had had fire accident, the first female hostel was Okpara hostel, then Aja-Nwachukwu and now Okeke.