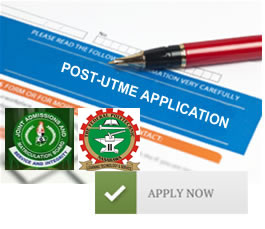 LATEST news reaching our news desk today, is that the University of Lagos (UNILAG) has officially releases their much awaited post UTME results, disclosing that more than Seventeen thousand, nine hundred and thirty five (17,935) candidates who sat for the screening exercise were successful.

According to information our news desk, the University of Lagos management board has released the results of its 2018 Post Unified Tertiary Matriculation Examination (UTME), and according to a statement which was duly signed by the school’s Deputy Registrar, Information, which says that a total of 17,935 candidates out of the 31,955 that sat for the entrance examination were successful.

Here’s the statement which was released to the public.

Also disclosing that a total of three hundred and nine (309) candidates did not show up for the test while 118 candidates were disqualified and their result cancelled, after they failed to follow the instructions for the Computer Based Test (CBT).

A total of 393 results were initially withheld on suspicion of malpractice but on further scrutiny of these withheld results, 271 of these results have been confirmed as cases, which involves malpractice. We will continue to withhold them for further investigations, while the remaining 122 results have been released after serious scrutiny and seeing that it was a mixed up somewhere.