Nigeria is going through her worst state, and according to information reaching our news desk, a female suicide Bomber has blew herself up and others in the Kano State Polytechnic, where students were checking their admission status.

According to report reaching our news desk, a female suicide bomber had on Wednesday, the 30th of July, 2014 blew herself up at Kano Polytechnic while students were checking their results in the school. 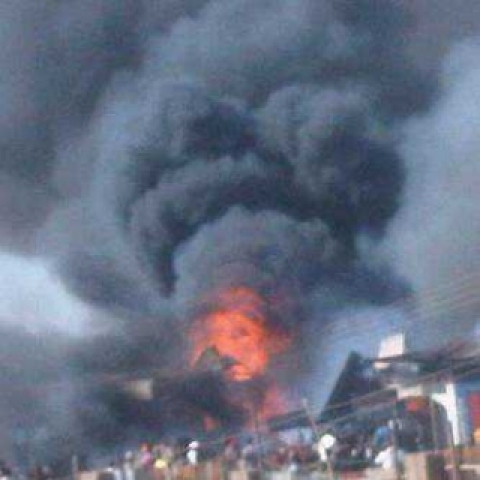 This information was shared on BBC Africa, the incident occurred as students queued up to check the Kano state Polytechnic admissions list for 2014.

Some people, including the leader of #Bring_Back_Our_Girls Campaign group, Ngozi Ezekwelli said that the female bomber might be one of the Chibok Girls.

The Kano State Police Command has disclosed that the number of casualties as at this time, is not confirmed.