THIS is certainly not the kind of news we would love to share here on Dailyschoolnews.com.ng, and according to information reaching our news desk, another college has been bombed by the Islamic terrorism group. These attack occurred less than 24 hours after two other mosques were blown up in Adamawa, Yobe state.

In another attack by suspected members of Boko Haram, a section of the Kano State College of Islamic Studies has been blown up with an IED. 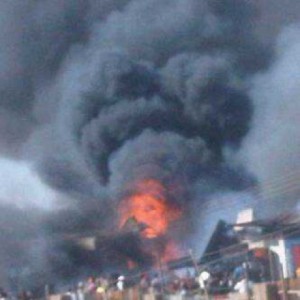 Reports reaching us stats that the suicide bomber, is a Woman.

The explosion was reported to have occurred at about 2:45pm on Wednesday afternoon and we have confirmed the incident through our correspondent.

The incident has been confirmed by the Kano State Police Command but the number of casualties is yet to be ascertained as at the time of writing this article.

It’s important you note, that this is the fifth attack in Kano within the last four days. Here’s another attack on Kano State Polytechnic, where scores of students were feared Killed!