Sad News indeed, as latest information reaching us today is that a part-time student of Business Administration of the Lagos State Polytechnic, Miss Olayinde Bournes, who is Twenty Two Years Old, has been allegedly been beaten to death by her boyfriend, named Abuchi Cyril.
This sad incident happened on Thursday, the 21st of February.
The Venue at which the incident happened is at Shorinmade Street, Aguda-Ogba area of Lagos State, Nigeria. 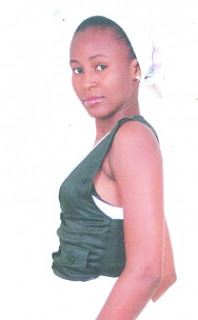 According to a statement released by one Miss Titilayo Fagbamila, who is a friend of the deceased girl, said that the deceased always complained to her that her boyfriend, Cyril Abuchi always beat her at the slightest provocation.
She also said that on Thursday, which the final Beating that ends her life took place, Abuchi invited Olayinde, to his house along Shorinmade Street, to see his travel documents.

According to Miss Titilayo, she said that no one knew what happened when the lovers were together but it is believed that they had a misunderstanding which may have led to a serious fight.
Some People who plead Anonymous at 17, Muibi Street residence of the deceased said that after the fight with her boyfriend, the victim was rushed to G & S Hospital where she was confirmed dead before the corpse was taken to Ikeja General Hospital for autopsy.
However, Cyril Abuchi was immediately arrested and taken to Area ‘G’ Police Command, Ogba, for further interrogation regarding the dead of his girl-friend.
However, when interviewing the Commander in Area ‘G’ Ogba, Friday morning, the suspect, Cyril Abuchi was seen writing his statement.
However, when contacted for comment, the Area ‘G’ Commander, Assistant Commissioner of Police, Mr. Ishola Abdulahi, declined to speak on the issue, saying it was too early as investigation was going on and they are currently waiting for the Autopsy.
The father of the Decease, who is 55-year old, Mr. Akindele Bournes, said that his daughter was not a troublesome person, adding that the government must ensure that justice is done.

When we published this News on Our Facebook Fanpage, we recieved this message from a Fans.
So we just have to share it here.

Dailyschoolnews, please get your facts right, Cyril Abuchi and this girl broke up a long time ago.
Reason why they broke up is because she cheated on him severally.
Also Abuchi turned himself over to the police, because it was his friends who drove him down to the police station.

The girl wasn’t invited, it was when she heard that Cyril Abuchi would be travelling to Malaysia on saturday that she ran to his house.
Meanwhile, she even told her mum she was going to the bank.
However, Autopsy result is not out yet, so please lets not judge.
Abuchi is a very quiet person well known in oke ira as a gentle boy.

We noticed he however, didn’t Say Abuchi Did not beat her.
Autopsy will tell the truth.