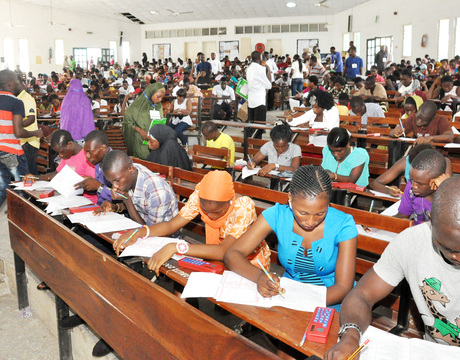 According to latest information reaching our news desk today, the Registrar/Chief Executive of Joint Admissions and Matriculation Board (JAMB) Professor Dibu Ojerinde, has declared that they won’t be going back on the full use of Computer Based Test, CBT, by JAMB’s candidates in the year 2017 examination.

According to the Chief Executive of Joint Admissions and Matriculation Board (JAMB), while responding to some questions asked by journalists in Minna, Niger State, where he said that the board had been sensitizing all stakeholders since the year 2007 on the plan to go full digital, saying that both students and all concerned bodies are aware of this movement, that the 2016 JAMB examination will be Computer Base Only.

Professor Dibu went on say that even with the poor power supply we’re experiencing in Nigeria, the new policy could not be faulted because power supply would not frustrate the implementation of the policy.

Here’s Prof statement and we quote him directly: “Power supply is not a problem, if you want to take part in the upcoming jamb examinations starting from the year 2015, you must have all the facilities including adequate power supply. You must have an inverter,” he said.

He also used the medium to urge the state government of each and every states in Nigeria to help the board build and operate computer centres in at least the three senatorial districts of the state for use by candidates in their state.